In the movie The Day After Tomorrow, the entire earth is struck by a catastrophic weather pattern that causes a massive rise in sea levels and ushers in a new ice age. It’s a pretty cheesy movie that is high on special effects and low on quality acting.

How likely is an event like that? Will we be struck by some sort of rogue storm that transforms the face of the planet.

But we do know that sea levels are rising and it certainly is changing the face of the earth. Although it’s happening at a much slower rate, the long term effects will be incredibly devastating.

In this post we’re going to explain why sea levels are rising, what will happen as a result, and how cities are preparing for it.

Why Are Sea Levels Rising? 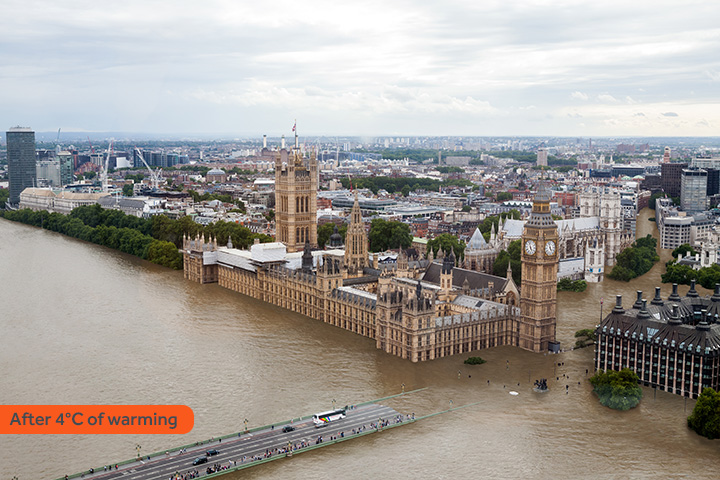 City of London. Image Via

Even more frightening, the average annual rate of the global rise dramatically increased from 1993 - 2008, up 65 - 90 percent over the previous years. The waters are rising faster, with the U.S. East Coast and the Gulf of Mexico increasing the fastest.

But why is this happening? Several reasons:

As humans have increased greenhouse gases as well as cut down the world’s forests, the overall temperature has risen about 1.4 degrees since 1880.

This rise in temperature has caused the ocean waters to get warmer, which in turn causes them to expand. Expanding waters leads to higher levels.

Additionally, the warming waters are causing the ice caps, glaciers, and ice sheets of the world to melt, which is then funneling water into the oceans. As more and more ice melts, the seas will continue to rise.

How much are the seas going to continue rising? It’s an inexact science since so many variables are at play, but general estimates can be made.

Even if all contributors immediately stopped, it’s likely that the oceans will rise between 1.2-2.6 feet by 2100. If things continue at their current pace, sea levels could rise as much as 6.6 feet. The main factor determining the sea levels will be how quickly the world’s ice continues to melt.

National Geographic puts it this way:

"Oceans will likely continue to rise as well, but predicting the degree to which they will rise is an inexact science. The Intergovernmental Panel on Climate Change says we can expect the oceans to rise between 11 and 38 inches (28 to 98 centimeters) by 2100, enough to swamp many of the cities along the U.S. East Coast. More dire estimates, including a complete meltdown of the Greenland ice sheet, place sea level rise to 23 feet (7 meters), enough to submerge London." 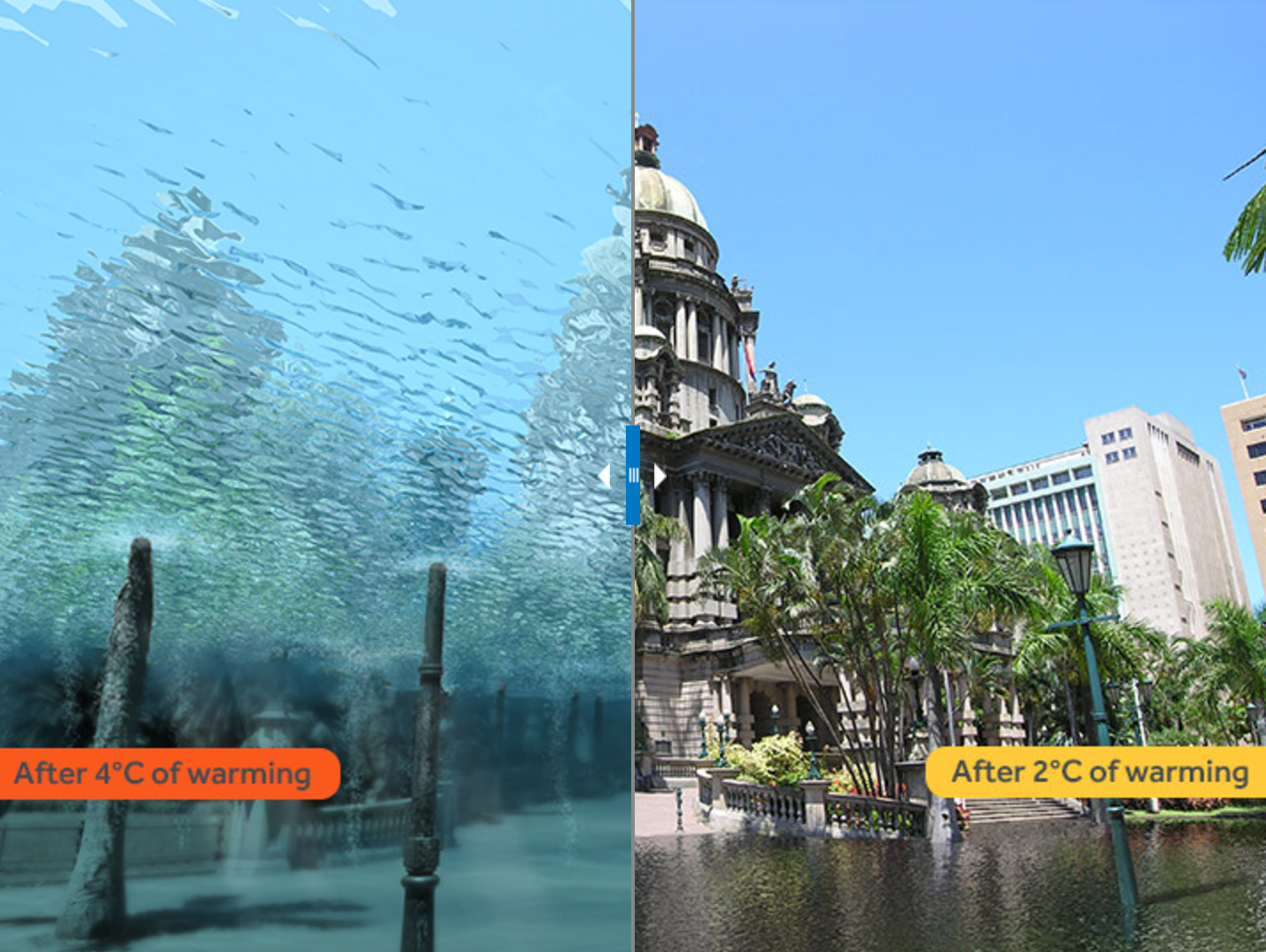 As sea levels rise, we can expect the groundwater to become more salty, meaning that plants are going to be guzzling increasing amounts of saltwater. This isn’t good.

What happens when plants suck up saltwater? It stunts their growth and sometimes kills them.

You can’t drink seawater. Anyone who has watched a lost at sea movie knows that the moment you drink saltwater, you start dehydrating.

As our sea levels rise and the water comes further ashore, it’s going to start sinking into our freshwater sources in the ground. Coastal areas rely on these sources for freshwater, and their pollution could be catastrophic.

This is why numerous communities are already working to install desalinization plants which will transform saltwater into freshwater. As levels continues to rise, this kind of project will become increasingly pressing.

#3 - The Economy Will Suffer

Hundreds of coastal communities rely on the ocean to sustain their economies. As sea levels rise, those economies will take an enormous hit, and entire industries may be destroyed.

Oceanfront properties will be ruined and recreational areas will be washed away. Historical landmarks will be erased and beaches themselves will be totally altered. Tourists will find these areas far less appealing, dramatically reducing income from real estate and tourist activities.

#4 - It Will Significantly Alter Plant Life 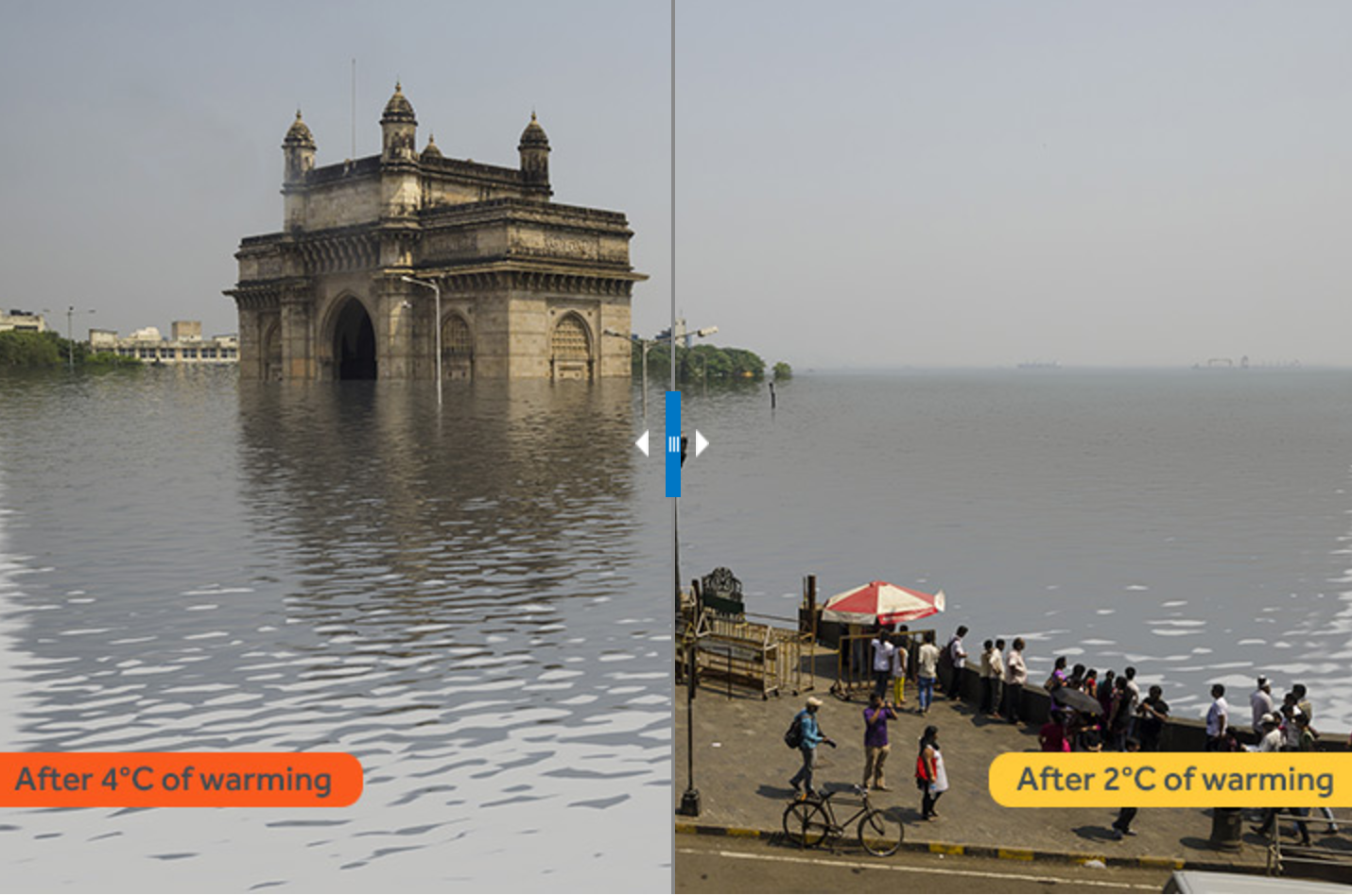 City of Mumbai. Image Via

As saltwater works its way higher and higher up the coast, it’s going to alter the composition of the soil. When this happens, plant life is going to have to adapt. Some plants will vanish, unable to live in the salty soil. Other, new plants may emerge and thrive.

Trees in particular will struggle as it’s difficult for them to extract water from salty soil. Their growth may be stunted and some species may disappear altogether.

#5 - The Wildlife Will Suffer

Hundreds of thousands of animals make their home along the coast. As the ocean levels rise, their homes will be disrupted, altered, and even destroyed. Birds, turtles, and all manner of wildlife will either die off or be forced to dramatically adapt.

As plant life is changed and destroyed, wildlife food sources will become increasingly scarce. Flooding will destroy nests and endangered animals like turtles will find it more difficult to survive.

#6 - Flooding Will Get Worse

Currently, tidal increases occur twice each month during full and new moons. The combined gravitational pull of the sun and moon cause the tide to rise a bit higher along the coast. Usually these tidal increases don’t cause problems, although occasionally flooding can occur depending on water levels, storms, and winds.

An analysis of 52 different locations showed that things will be particularly bad by the year 2045.

"By 2045, many coastal communities are expected to see roughly one foot of sea level rise. The resulting increases in tidal flooding will be substantial and nearly universal in the 52 communities analyzed.

This flooding will have massive effects on these locations, destroying property and completely disrupting communities. 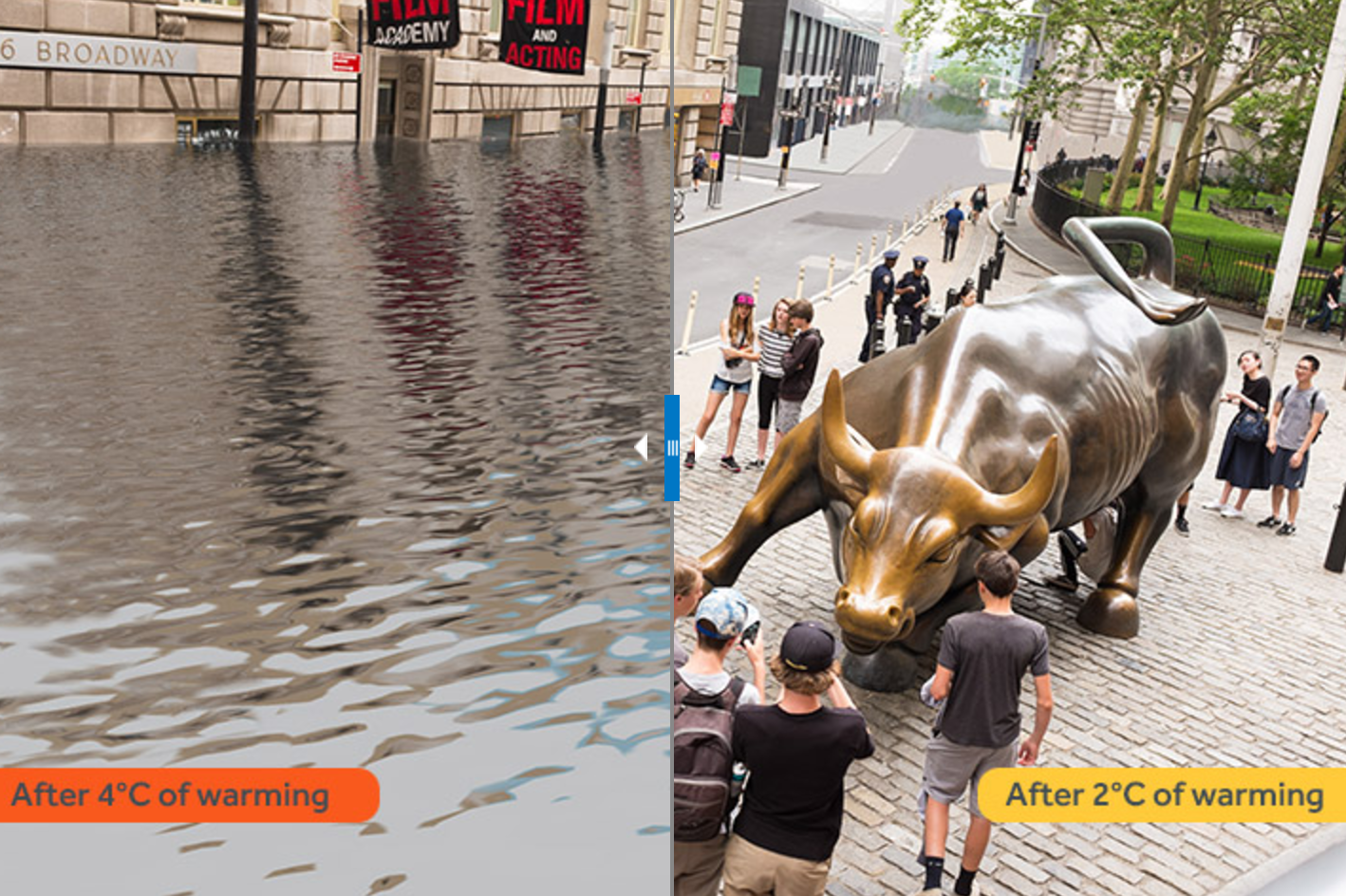 As sea levels rise, many properties along the coast will become unusable. Property magnates like Donald Trump will find themselves losing valuable buildings and acreages due to increased flooding.

South Florida in particular, where “Trump Hollywood” is located, is often called the ground zero of the rising tides.

As the New Yorker reports:

"Of all the world’s cities, Miami ranks second in terms of assets vulnerable to rising seas—No. 1 is Guangzhou—and in terms of population it ranks fourth, after Guangzhou, Mumbai, and Shanghai. A recent report on storm surges in the United States listed four Florida cities among the eight most at risk. (On that list, Tampa came in at No. 1.) For the past several years, the daily high-water mark in the Miami area has been racing up at the rate of almost an inch a year, nearly ten times the rate of average global sea-level rise."

This doesn’t bode well for Trump and other property owners in the region. Who knows how long it will be until entire portions of the coast are submerged?

How Are Cities Preparing?

Clearly, cities need to begin making preparations for the incoming tides, and many coastal towns, both in the U.S. and around the world have begun doing just that.

"To protect coasts against tidal flooding, the city plans to reinforce beaches, build bulkheads, and protect sand dunes that act as natural barriers.  The city may also enact rock breakwaters offshore to attenuate waves associated with storms, and erect storm walls and levees in areas that are particularly vulnerable to storm surge.  The city’s plan contains a rigorous geological analysis of the landscape and makes recommendations specific to boroughs and neighborhoods based on what types of mitigation strategies the rock and soil in each locale can support."

The only question is: will it be enough?

The oceans are rising. The statistics bear it out and people can also see it with their own eyes. Over time, our coastlands are going to move further inland and low-lying areas will find themselves submerged.

If cities are not prepared, the effects will be devastating. However, with proper preparation, the worst may be avoided.